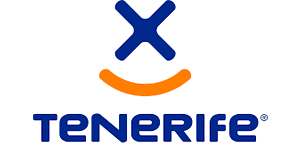 You can''t miss that wonder of National Park. You will enjoy landscapes that will seem to you from another planet. You will breathe the pure air of the highest peak in Spain. You will walk among the volcanic lava and you will feel tiny when you see the impressive environment declared World Heritage by UNESCO.

It is undoubtedly the place that most identifies Tenerife.

It is located in the center of the island, at an average altitude of 2,000 meters, and its summit represents the highest peak in Spain, with 3,718 meters. Their record figures also include that it is the most visited national park in Spain and Europe, receiving about three million tourists a year.
From the geomorphological point of view we are facing a wonder of nature. The structure of the boiler and the Teide-Pico-Viejo stratovolcano are unique on the planet. Although its value is not there. The hundreds of cones, casts or caves that it has enrich its scientific and landscape interest. To this are added its wealth of fauna and flora, with a large number of Canarian endemisms and species exclusive to the park.

The park was created in 1954 in recognition of its volcanic and biological uniqueness.

Its extension is almost 19,000 hectares, which makes it the largest and oldest among all the national parks of the Canary Islands.
One of the most exciting experiences awaiting you in the National Park is to get on the cable car. The base station is at 2,356m altitude and the station above 3,555m. The transit between stations lasts about 8 minutes and the sensation is electrifying. Once the tour is finished you will enjoy extraordinary views from the viewpoint.